Important Covid-19 Update. Our client’s safety is important to us, and travel will resume when the travel ban (including the 14-day quarantine) is lifted both in Japan and the United States. Next Spring, we will offer two “off the beaten track” tours to escape the large cities and to enjoy the rural parts of Japan. First, is Textiles of Kyushu, a unique opportunity to experience Japanese culture and textile in the southern island of Japan. Second is Edible Japan, which will be a modified version of the original Culinary Tour with an extra day in the Shinshu region with sake brewery tour, miso making and knife shop visits. Stay well and be safe. 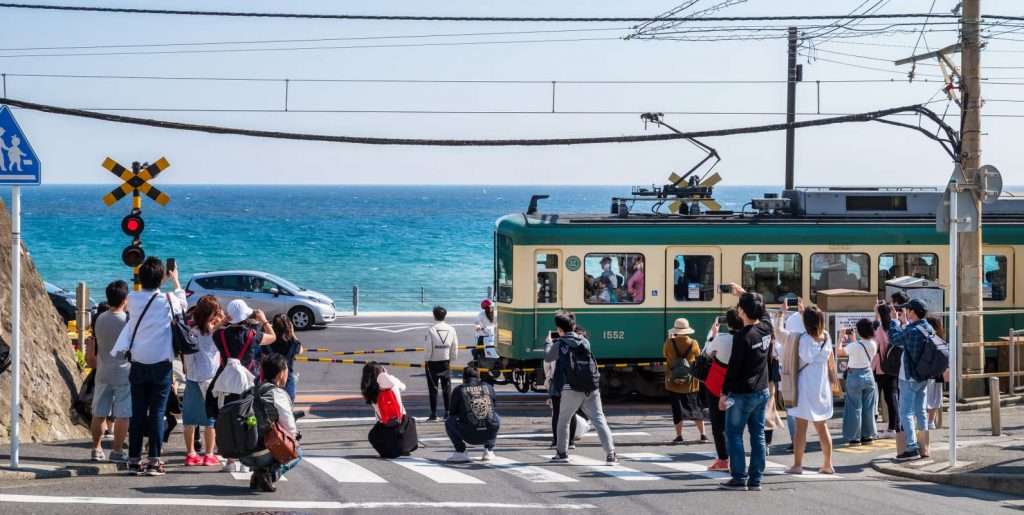 A Stroll Around Kamakura City

For an unforgettable day trip from Tokyo, consider making the journey to Kamakura City. Located approximately one hour from Tokyo by train, Kamakura is a seaside resort town popular with locals for the sand beaches, surfing, boutique shops, temples and shrines. It’s also home to one of the most famous buddha statues in all of Japan.

History:
Kamakura was the ancient capital of Japan (Kamakura period, 1185-1333) where the first warrior led government was established under the Minamoto shogun. During this period Kamakura was also home to an influential buddhist priest, and the city is a known for its historic temples.

Location:
Kamakura city is located approximately one hour from Tokyo (30 minutes from Yokohama on JR Yokosuka Line). You can travel there with a JR Pass until you reach Kamakura Station, and local trains or buses around Kamakura will be an extra charge.

From Kamakura Station East Exit, walk towards Wakamiya Oji, a main street that connects to the Tsuruoka Hachimangu, Shinto Shrine. After visiting the shrine, walk back towards station along Komachi Ooji where there are many small shops and cafes. Make sure to snack on dango – a rice cake on stick with sweet red bean paste or sweet soy sauce.

If you have extra time, start off your trip by getting off the train at North Kamakura Station and visit less known Tokeiji Temple. Built in 1285, Tokeiji Temple or divorce temple was run by nuns and gave refuge to women who separated from their husbands and lacked the resources to support themselves. After strolling around the beautiful garden, take class on sitting meditation, tea ceremony or flower arrangements.

See the Great Buddha of Kamakura

Back at Kamakura Station, take a Enoshima Line to Hase Station to go see Great Buddha. Hase station is the third station from Kamakura. There is also a city bus service is also available to Great Buddha. From Hase station, just follow the “Great Buddha” signs. Admission is 200 yen.

(Note: Hase Temple, known as Flower Temple is also along the way and highly recommended. Enjoy lunch or snack at cafe located in the premise.)

From Great Buddha, walk back towards Hase Station. At Hase Kan-non Bus Stop, take left on Yuigahama street and keep walking and you will hit the Yuigahama beach in about 20 minutes.

Yuigahama street is less known to tourists but has many great cafes, sake shops, senbei (rice crackers) shops and historical buildings. Kamakura Literature Museum with rose garden is also worth visiting and is only 5 minutes away. Continue walking until Onaridori and take left (there is a meat shop on the intersection). Onaridori is a shopping street for locals and you can find shops, bookstores, cafes, and bakeries.

What to Eat in Kamakura 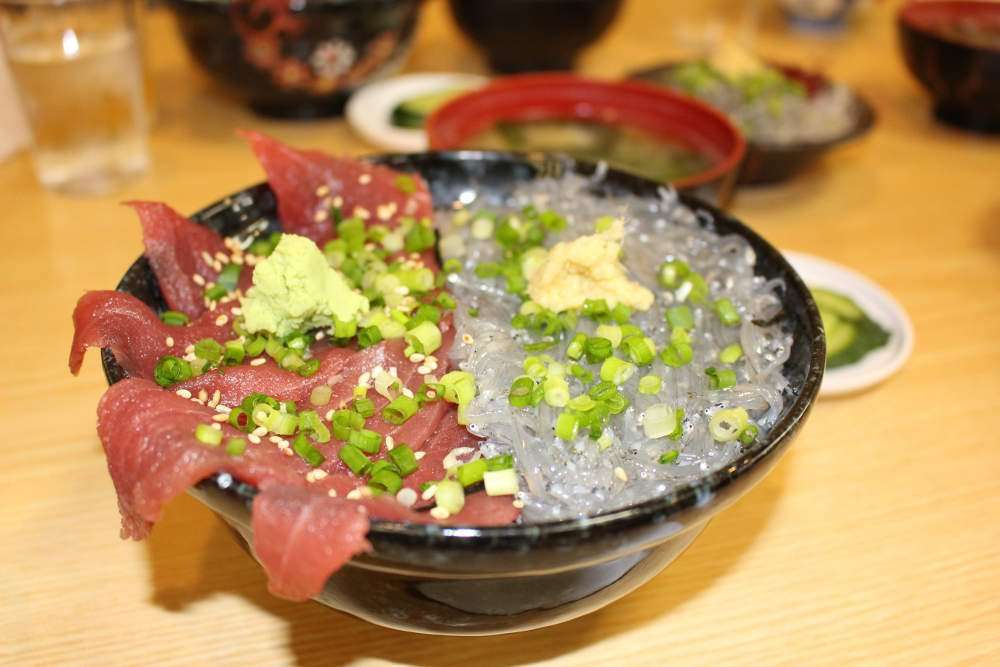 One of the most popular dishes in Kamakura is shirasu or young sardines served raw or half-boiled. They are in season April through December, and there are restaurants all over Kamakura specializing in variations of shirasu.

Don’t forget to stop in Yokohama on the way back to Tokyo and have ramen for dinner.

Start Planning Your Trip To Japan

Share this ArticleLike this article? Email it to a friend!
Email sent!