You are here: Home / Food and Drink / Vegetarian Travelers in Japan

How to navigate Japan if you are vegetarian

It is not an overstatement to call Japan a food nation. Japan takes pride in its cuisine, and as of 2020, it holds second place in the world for the most Michelin star restaurants (next to France). Concurrently, its traditional dietary culture, called washoku, is an Intangible Cultural Heritage by UNESCO.

However, despite its fame in culinary art, Japan seems to be a challenging place for the traveler who is vegetarian. But why? As a chef and a former Japanese restaurant owner in the United States, I also struggled to provide Japanese vegetarian dishes for our customers mainly because of misconceptions about some key Japanese ingredients, such as dashi, which is a foundation to Japanese food. However, with an understanding of the culture, ingredients, and proper communication, you can navigate the Japanese food scene even if you are vegetarian. So let’s break it down.

Japanese cuisine has evolved over the course of history and has always been influenced by religion, climate, and politics, making Japanese food refined, popular, and recognized internationally today.  The traditional Japanese cuisine is simple and frugal, and is based on rice, miso soup, and side dishes (ichiju-sansai), and is heavily influenced by the four seasons.

Although Japan initially allowed meat in their diet, when Buddhism was introduced to Japan from Korea in the 5th-century, meat became forbidden for consumption. This was due to the religious teaching against the killing of animals and the belief that humans will be reincarnated to animals in the next life.  Instead, people focused on and enjoyed what the climate (four-season) and geographical features offered: fresh and abundance of seafood, seasonal vegetables, wild plants from the mountains, rice, soybeans, and root vegetables. The fermentation, pickling, and preservation process also played a crucial role in the Japanese diet, such as in miso, soy sauce, tofu making, dried fish, and alcoholic beverage productions. People discovered umami, an ultimate savoriness in many fermented foods and nori, shiitake, miso, katsuobushi (bonito flakes), and soy sauce, which made plant-based and straightforward Japanese food more flavorful and rich in its taste.

In 1872, when Japan opened for international trade, the Meiji emperor permitted eating meat which ultimately turned the Japanese cuisine from vegetarian and pescatarian into an omnivore. Today, Japan has two broad types of cooking: washoku (Japanese style cuisine which includes sushi, bento, teishoku, kaiseki, etc.) and yoshoku (western style cuisine which was introduced to Japan after the Meiji era and after WW 2, such as curry, spaghetti, hamburgers), and casual street food such as ramen, yakitori, takoyaki.

What is shojin-ryori, an ultimate Japanese vegetarian

Another essential style of traditional dietary culture is called shojin-ryori, and its cooking philosophy and dishes serve as a foundation to washoku in Japan.

Buddhism believe in the five elements (earth, water, fire, wind, and space), and the rule of five are more likely to be presented in Shojin-ryori: five flavors (sweet, sour, salty, bitter, and umami) and five colors (green, yellow, red, black, and white).  Shojin-ryori can be enjoyed in many parts of Japan where Buddhist temples locate such as Zenkoji in Nagano and Koyasan in Wakayama. Staying at shukubo (temple lodging), participating in morning prayer is perhaps the best way to understand the teaching of mindfulness and its cuisine.

Where to find shojin-ryori?

If you are traveling to Japan for the first time and traveling on JR Pass, the Zenkoji temple in Nagano is a great place to start for shojin-ryori. Because the town is centered around the temple and its long history of Buddhism in the region, there are also many other vegetarian options.

Dashi is a traditional clear stock made with dried, smoked, and shaved skip-jack tuna (or another similar type of fish) along with kelp called konbu.  The stock made with skipjack tuna is called Katsuo Dashi and if you are vegetarian, you may want to avoid this stock altogether.  Dashi and bonito flakes serve as essential ingredients and are ubiquitous in the Japanese diet. Bonito flakes can be found in sauces, toppings for vegetable and tofu dishes, and most soup bases. Unfortunately, it is dashi that makes vegetarian travelers stumbled upon because often they are hidden ingredients to a dish. If your diet allows bonito flakes and dashi, your choice of food in Japan can be endless. However, if you are a strict vegetarian or vegan, it is best to ask if the dish consists of bonito. If the dish includes bonito, ask to see if they can make the dish without one.

How to ask if bonito is in the dish:

“Excuse me. I am a vegetarian. Is there dashi in this dish?”

After WW 2, Japan made a rapid economic recovery called koudo seichou (1955-1961). To fulfill the worker shortage throughout Japan, farmers were forced to use chemicals and fertilizers to help mass-produce food. With farm chemicals and fertilizers, farmers and livestock farmers were expected to yield a high volume of crops with maximized productivity without understanding the long-term negative impact on health and the environment. Around the 1970s, koudo seichou kept Japan up to the speed of industrialization, but some started moving back to traditional farming methods.

Today, throughout Japan, you will see more people practicing the macrobiotic way of life: a holistic approach that involves consumption of less meat and less processed food for a healthy mind and body, similar to that of shojin-ryori.  As a result, there are more mu-nouyaku (chem-free farming) and organic approaches to farming and farm-to-table movement which brings consumers’ awareness for quality produce.

If you are vegetarian, vegan, or have other dietary restrictions, look for restaurants, cafes, and stores serving macrobiotic food is a great way to find healthy local vegetable dishes.

So what should a vegetarian look for when choosing food in Japan?
Samples of traditional Japanese Vegetarian Dishes:

Other noteworthy places to look into:

Depachika: Depachika is short for “department basement” which offers a variety of food including Bentos, pastries, fried food, pickles, and fresh food.

Ichiba, Food Markets: Most cities in Japan have their own local market that is worth checking out.  They are also a great place to get to know different ingredients. 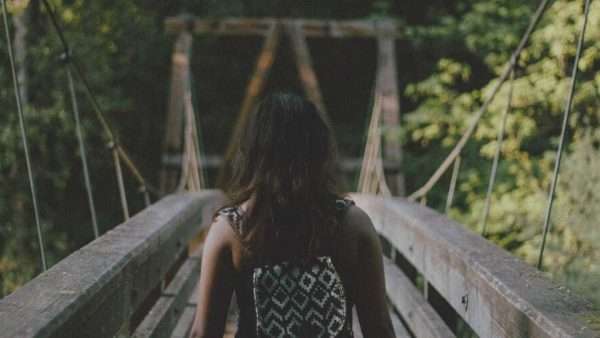 As travelers continue to enjoy jetting around the globe and… 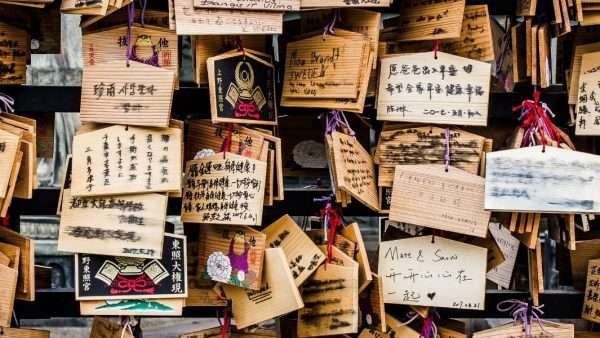 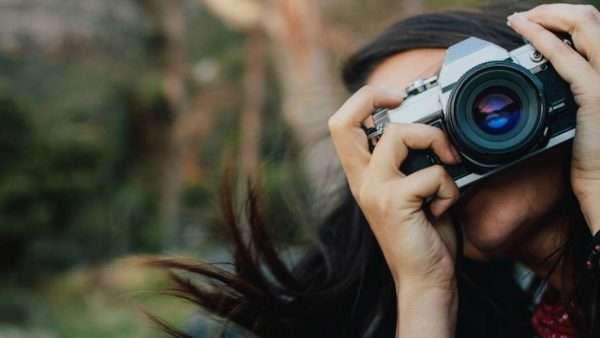 Did you know that according to Solo Travel Statistics and…